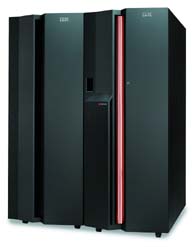 SPECTRA is a leading provider of IBM server maintenance. We support IBM Power servers from Power 5 all the way up to Power 9, with support offered for both AIX or iSeries.

In addition to our highly experience tier 3 engineers, we carry a full inventory of Power Servers and parts, for Power 7 Power 8, and Power 9 AIX systems, and System I (iseries, AS/400), so parts for your server are always available at a moments’ notice.

SPECTRA buys and sells used / refurbished IBM Power 9 and Power 8 Servers. We guarantee our systems for a minimum of 90 days, with 24 hour support available on most models.

All POWER Servers sold are guaranteed to be:

IBM formerly had 2 midrange hardware lines: Servers from the AS/400 family, and the POWER-based servers from the RS/6000 family running AIX and Linux. In 2008, IBM merged the two lines of servers under “Power Systems”, with identical hardware and a choice of operating systems. In 2010, IBM announced new models with the new POWER7 microprocessor, and later in 2014, announced the POWER 8 series servers. IBM Power 9 processors began shipping 2016, based on 14nm architecture. There are 2 variants, SMT4 and SMT8.

SPECTRA sells certain IBM products but is not affiliated with IBM.